Christian Timmerer to give a Keynote at WebMedia 2020

HTTP Adaptive Streaming – Where Is It Heading?

Abstract: Video traffic on the Internet is constantly growing; networked multimedia applications consume the predominant share of the available Internet bandwidth. A major technical breakthrough and enabler in multimedia systems research and of industrial networked multimedia services certainly was the HTTP Adaptive Streaming (HAS) technique. This resulted in the standardization of MPEG Dynamic Adaptive Streaming over HTTP (MPEG-DASH) which, together with HTTP Live Streaming (HLS) by Apple Inc., is widely used for multimedia delivery in today’s networks.
Existing challenges in multimedia systems research deal with the trade-off between (i) the ever-increasing content complexity, (ii) various requirements with respect to time (most importantly, latency), and (iii) quality of experience (QoE). Optimizing towards one aspect usually negatively impacts at least one of the other two aspects if not both.

This situation sets the stage for our research work in the ATHENA Christian Doppler (CD) Laboratory (Adaptive Streaming over HTTP and Emerging Networked Multimedia Services; https://athena.itec.aau.at/), jointly funded by public sources and industry.

HTTP Adaptive Streaming – Where Is It Heading? from Christian Timmerer 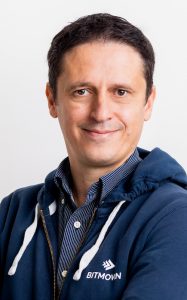 Biography: Christian Timmerer received his M.Sc. (Dipl.-Ing.) In January 2003 and his Ph.D. (Dr.techn.) In June 2006 (for research on the adaptation of scalable multimedia content in streaming and constraint environments ) both from the Alpen-Adria-Universität (AAU) Klagenfurt. He is currently an Associate Professor at the Institute of Information Technology (ITEC) and is the director of the Christian Doppler (CD) Laboratory ATHENA (https://athena.itec.aau.at/). His research interests include immersive multimedia communication, streaming, adaptation, and Quality of Experience. He co-authored seven patents and more than 200 articles in this area. He was the general chair of WIAMIS 2008, QoMEX 2013, MMSys 2016, and PV 2018 and has participated in several EC-funded projects, notably DANAE, ENTHRONE, P2P-Next, ALICANTE, SocialSensor, COST IC1003 QUALINET, and ICoSOLE. He also participated in ISO / MPEG work for several years, notably in the area of ​​MPEG-21, MPEG-M, MPEG-V, and MPEG-DASH where he also served as standard editor. In 2013 he cofounded Bitmovin (http://www.bitmovin.com/) to provide professional services around MPEG-DASH where he holds the position of the Chief Innovation Officer (CIO) – Head of Research and Standardization.

This entry was posted in News. Bookmark the permalink.
Loading...