Christian Timmerer (head of ATHENA) is an Assoc. Prof. at Klagenfurt University, Institute of Information Technology (ITEC). He is a Co-Founder of Bitmovin Inc. where he is the Chief Innovation Officer (CIO) and the Head of Research and Standardization. His research interests include immersive multimedia communication, streaming, adaptation, and quality of experience. Further information is available here. 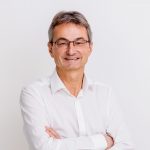 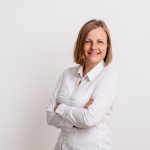 Nina Stiller joined the team in August 2019. She is responsible for the administrative part of CD laboratory.
Nina has long-term experience as a team assistant and secretary
at several smaller as well as international companies in Germany and Austria. 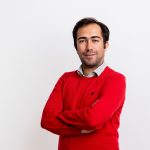 Hadi Amirpourazarian received his B.Sc. degrees in Electrical and Biomedical Engineering from Amirkabir University of Technology and IAU-South Tehran Branch, respectively. He pursued his M.Sc. in Electrical Engineering at the K. N. Toosi University of Technology between 2011-2013. He was involved in the project EmergIMG, a Portuguese consortium on emerging imaging technologies, funded by the Portuguese Funding agency and H2020. Currently, his research interests are on image processing and compression, video processing and compression, quality of assessment, emerging 3D imaging technology and medical image analysis. Further information is available here. 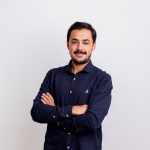 Ekrem Çetinkaya received his B.Sc. in 2018 and M.Sc. in 2019 from Ozyegin University, Istanbul, Turkey. He is currently pursuing the PhD degree in the ATHENA project and his research interests include deep learning, computer vision, and multimedia networking. Further information is available here. 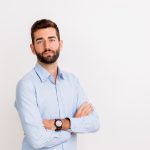 Jesús Aguilar Armijo received his B.Sc. in 2017 and M.Sc. in 2019 from University of Málaga, Spain. He is currently pursuing the PhD in the ATHENA project and his research interests are mobile networks, adaptive streaming, and QoS/QoE.

Reza Farahani received his B.Sc. in 2014 from University of Isfahan, Isfahan, IRAN and M.Sc. in 2019 from University of Tehran, Tehran, IRAN. He is currently pursuing his PhD studies in the ATHENA project and his research interests are Multimedia Communication, Video Networking, Next Generation Networks (SDN, NFV, P2P, etc), and Adaptive Video Streaming. Further information is available here. 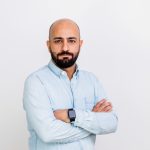 Babak Taraghi has graduated with a Master of Software Engineering degree from University Technology Malaysia in 2017 and a Bachelor in Information Technology in 2015. He possesses a strong background in software development engineering with more than 15 years of professional experience in software solution design and software construction. Currently, he is pursuing his Ph.D. studies in the ATHENA project with a focus on adaptive video streaming. His research interests include multimedia communication, streaming, adaptation, and quality of experience. Further information is available at tiny.one/tbabak. 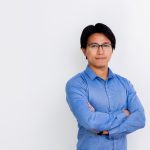 Minh Nguyen received his Degree of Engineer in Electronics and Telecommunications in 2018 from Hanoi University of Science and Technology in Vietnam. He is currently a PhD in the ATHENA project and his research interests are adaptive video streaming, multimedia networking, computer vision, and QoS/QoE evaluation. Further information is available here. 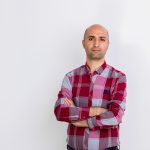 Alireza Erfanian received the B.Sc. and M.Sc. degrees in computer engineering from the Department of Computer Engineering, Islamic Azad University of Mashhad, Iran, in 2009 and 2017, respectively. He is currently pursuing the Ph.D. degree in the 5G playground and ATHENA projects. His research interests are in software-defined networking, multimedia streaming, network function virtualization, 5G networks and optimization. 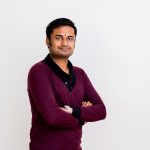 Vignesh V Menon received his B.Tech. degree in Electronics and Communication Engineering from Amrita Vishwa Vidyapeetham, India in 2016. He pursued his MSc. in Information and Network Engineering at KTH Royal Institute of Technology between 2018-2020. He had worked as Software Engineer developing video encoding software solutions in MulticoreWare Inc., India between 2016-2018 and in Divideon, Sweden between 2018-2020. His research interests include image processing and video compression. Further information is available here.

Farzad Tashtarian is a PostDoc Researcher in the ATHENA project. Before joining the team, he was an Assistant Professor at the Azad University of Mashhad, Iran.  He received his Ph.D. from the Ferdowsi University of Mashhad in Computer Engineering.  His current research areas of interest are End-to-End latency and QoE in Video Streaming, Video Networking, Software-Defined Networking (SDN), Network Function Virtualization (NFV), Mathematical Modeling, and Distributed Optimization. Further information is available here. 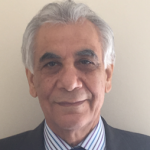 Mohammad Ghanbari (IEEE M’78–SM’97–F’01–LF’14) is an Emeritus Professor at the School of Computer Science and Electronic Engineering, University of Essex, U.K. He has authored or co-authored nine books, and has registered for 13 international patents and authored over 700 technical papers on various aspects of video networking, many of which have had fundamental influences in this field. These include video/image compression, layered/scalable video coding, video over networks, video transcoding, motion estimation, and video quality metrics. He is internationally best known for pioneering work on layered video coding, for which he received the IEEE Fellowship in 2001 and was promoted as an IEEE Life Fellow in 2014. His book Video Coding: An Introduction to Standard Codecs (IET Press, 1999) received the Rayleigh Prize as the Best Book Of The Year 2000 by IET. Further information is available here. 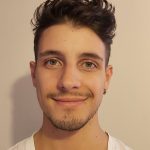 Daniele Lorenzi is a MSc student and works as a student assistant in the CD laboratory.

Selina Zoë Haack is a MSc student and works on her ongoing MSc thesis “Quality of Experience in the context of HAS”.

Jameson Daniel Steiner is a MSc student and works on his ongoing MSc thesis “HAS media player improvements for low-latency”.